A look inside the minds and creations of Charles and Ray Eames.

This is one of the best and most thorough introductions to the work and philosophy of Charles and Ray Eames. The catalog was published in a limited edition of 10,000 copies by UCLA, for the Eames retrospective, “Connections: The Work of Charles and Ray Eames,” at the university’s Frederick S. Wight Art Gallery, University of California, Los Angeles, December 7, 1976 – February 6, 1977.

56 pages. Illustrated in black and white and color.
Published in 1976. Please note that there are no returns, exchanges or refunds for vintage items. 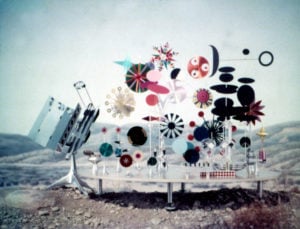