Similar to the LCW, which Time magazine called “the chair of the century.” In 1945, as the sense grew that the war was coming to a close, the Eames Office, now two years old and some 15 people strong, turned its attention away from wartime work and back to furniture.

The Eames DCW (Dining Chair Wood) was first made available to the public in 1946, and we still make it in the same configuration today.

With the important experience of the war years behind them, Charles and Ray pushed harder than ever. If there were a way to make a single-piece shell of molded plywood in complex curves, the Eames Office would find it. The office began working toward introducing the furniture at a December 1945 show at the Barclay Hotel.

Charles and Ray and the office staff were pushing—and pushing—the limits of the material. What was the honest use of molded plywood? Could it be a single-piece shell in complex curves? The cast of characters for the Barclay Hotel show was beginning to take shape in Charles’s mind, but the headliners (meaning the single-piece shells) were not ready. Legs developed that used curved wood. Three-legged chairs with metal legs, case goods, and tables, but always the frustration of the shell. Each time a split was necessary to make the curve work.

In the end, they abandoned the idea of a single-piece shell and instead broke it into two parts: a seat and a back. They had finally uncovered the honest use of molded plywood. The DCW, the chair that resulted in 1945, is now an icon of American design. 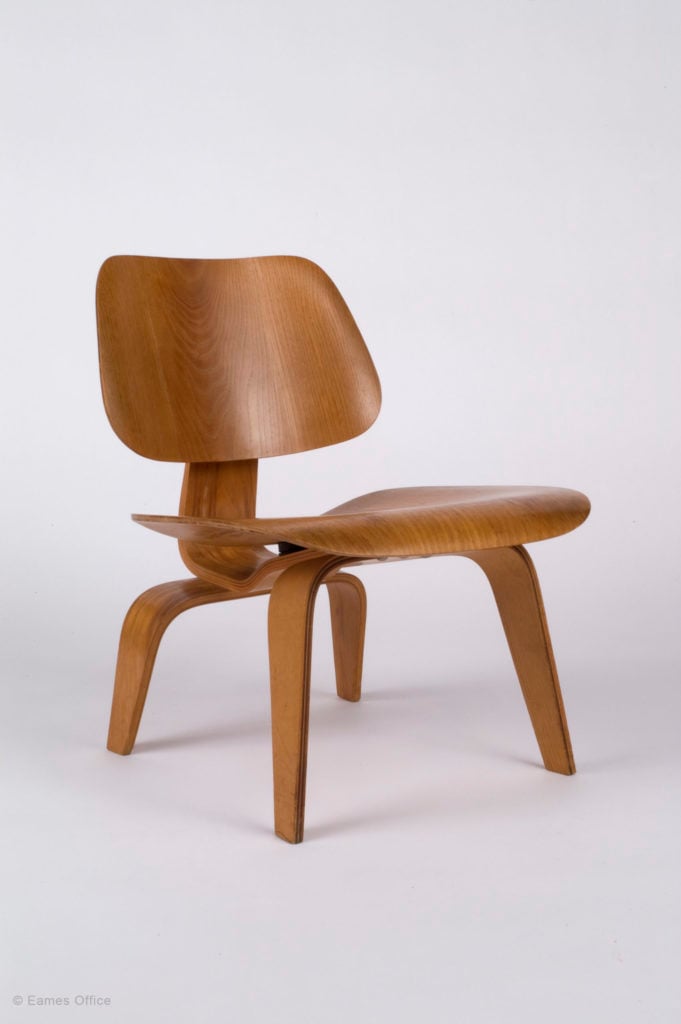 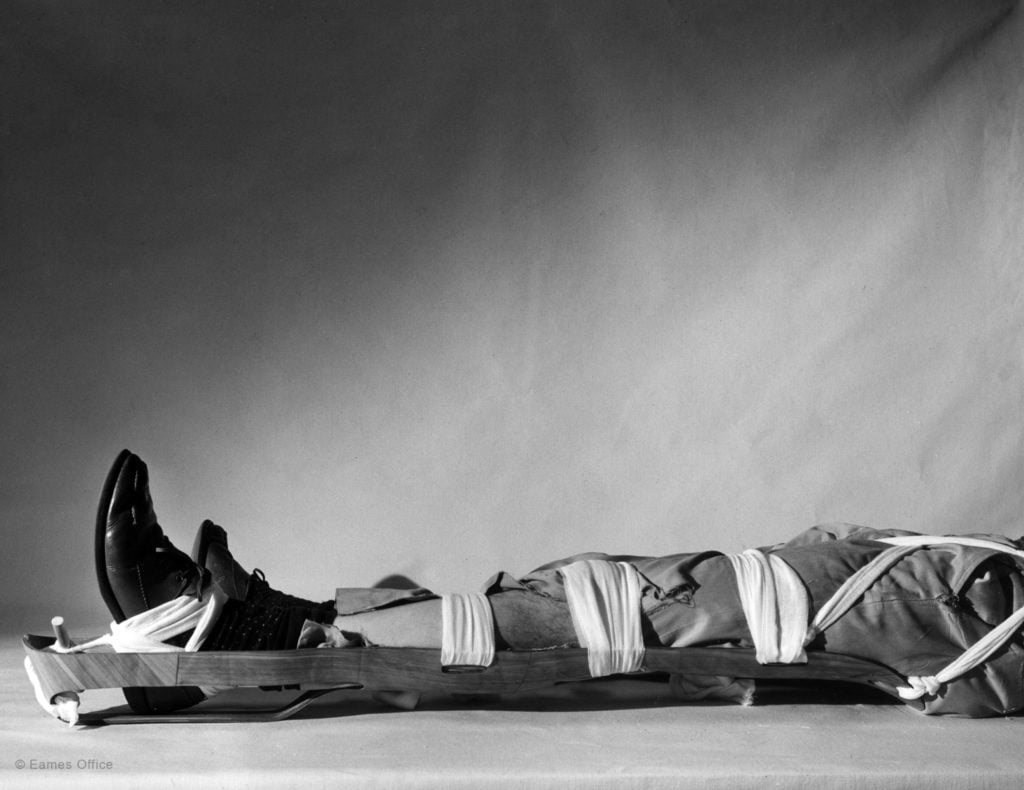