The Eames Chaise Lounge was designed for film director and Eames friend Billy Wilder. In 1955, while filming in Nova Scotia for The Spirit of St. Louis, Wilder took an afternoon nap on an improvised bench: a 6-foot-by-12-inch plank resting on two sawhorses. For Charles and Ray, this sparked an idea.

Wilder commented at the time that he needed a narrow office couch on which he could take brief afternoon naps. Charles remembered the conversation, and with Wilder’s requirements in mind, the Eames Office began work several years later on the Chaise, a 17 ½-inch, armless, curved form that required Wilder to lie on his back with his arms folded over his chest while napping. After a short time, his arms would inevitably slip to the floor, waking him.

The Eames Chaise Lounge has a sand-cast aluminum frame made of two one-piece leg and side members. A sheet of plasticized Fiberthin the length of the side members is stretched between them and held in place by four spreaders. Two on the uprights and two at the head and foot of the Chaise. Six cushions of urethane foam enclosed by polyester fiber batting and covered with black leather rest on the sling. The cushions at each end are attached to the frame while the others are attached to one another. Two moveable cushions are provided for head or body support. 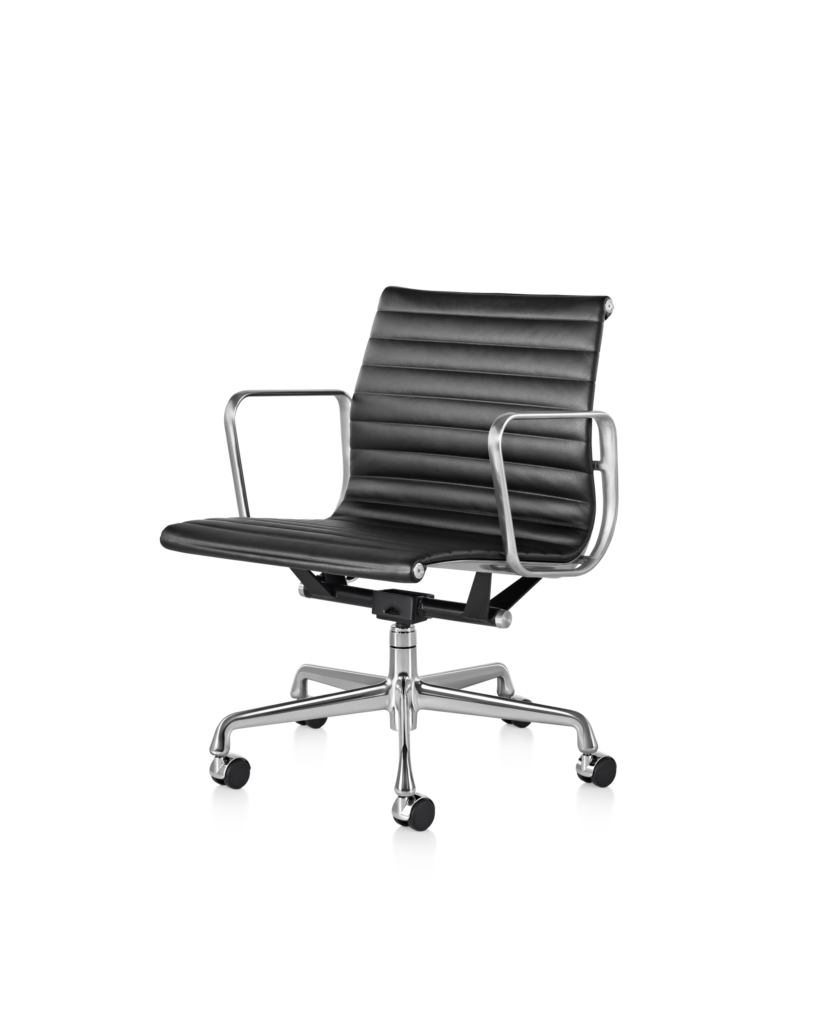