In 1933, Charles left St. Louis for Mexico with a mere 75 cents in his pocket. His then-wife, Catherine, and daughter, Lucia, remained at the home of his in-laws while he was gone. The trip essentially marked the initiation of a trial separation.

While traveling throughout Mexico’s three northern states, Charles painted both watercolors and oils, often exchanging them for food and housing. He returned home with some of these works—many of which he later sold—and a small collection of artifacts.

On July 29, 1934, the St. Louis Post-Dispatch featured three of his watercolors, which were exhibited in Norfolk, Virginia, as well as St. Louis. The article refers to an upcoming exhibition that was to take place in New York. 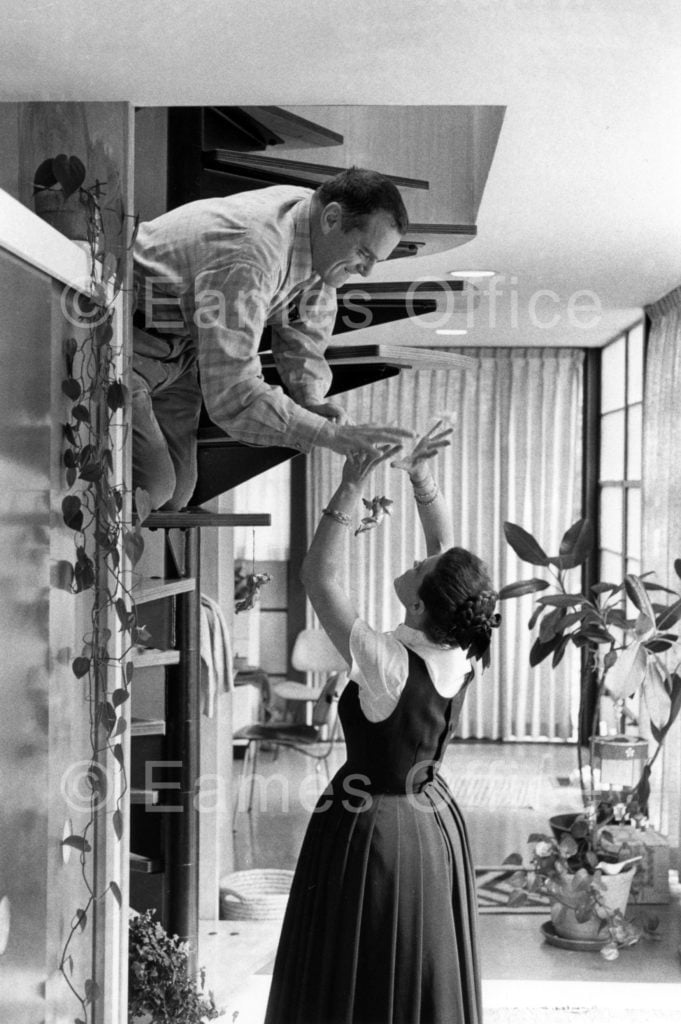 Charles and Ray in Eames House