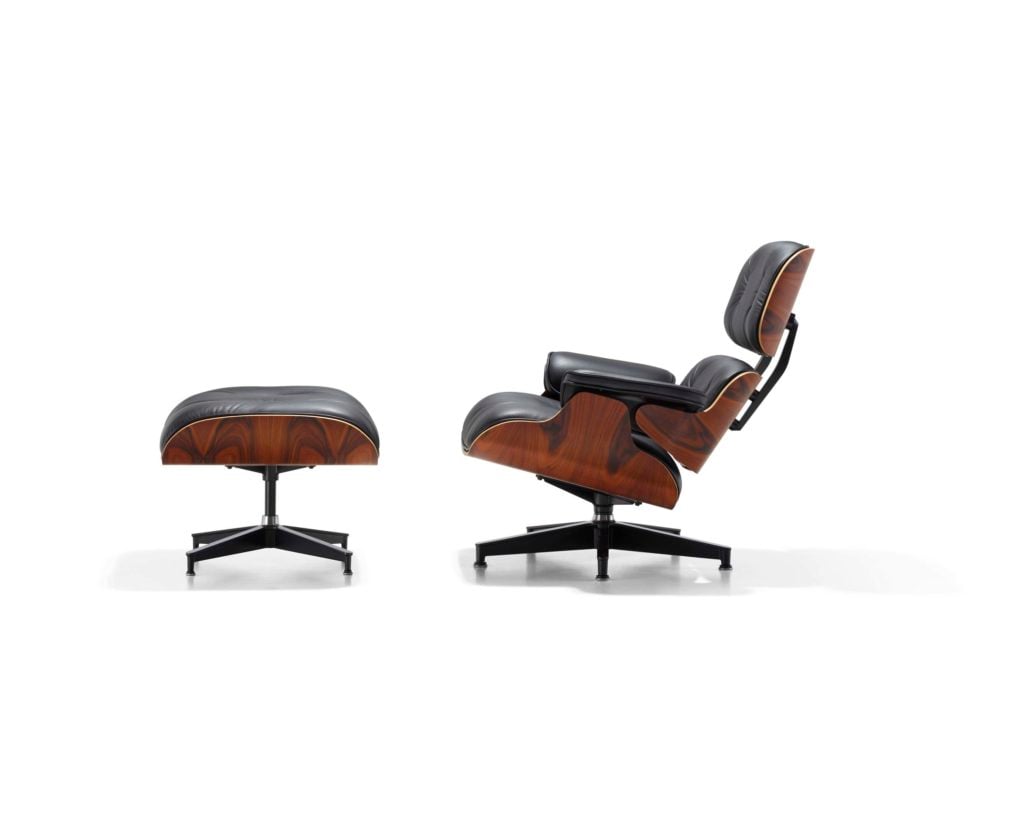 The Eameses wanted their Lounge Chair and Ottoman to have the “warm receptive look of a well-used first baseman’s mitt.” Often referred to as a twentieth-century interpretation of the nineteenth-century English club chair, this seating instantly became a symbol of comfort—and comfort was one of Charles and Ray’s key objectives for this product.

The Eameses believed that design addressed itself to the need.  In this case, the need was “a special refuge from the strains of modern living.” A Playboy article on Modern Design explained that this chair “sank the sitter into a voluptuous luxury that few mortals since Nero have known.”

The Lounge Chair is often referred to as the 670/671, after the Herman Miller part numbers used to make the seating. It combines factory technologies with intricate hand labor and craftsmanship. While today the Lounge Chair and Ottoman are icons of mid-century modern design, when the Eameses first produced the 670/671, it was noted that they had soft, wrinkly leather and plush down feathers—materials that weren’t considered modern at all.

The Lounge Chair and Ottoman can be seen in museum collections and designer homes across the globe, and it remains a symbol of luxurious comfort. The design is still produced today by Herman Miller and Vitra.

Learn more and purchase your own 670/671 by visiting the Eames Shop.

Learn more about how these chairs are made in this video: 670/671: The Making of the Eames Lounge Chair and Ottoman, by Eames Demetrios.