Simple, stylish and timeless design for a variety of spaces.

Please note that the new shell colors do not have photos yet. View our Side Chair for examples of colors.

Arguably one of the 20th century’s most beloved designs, the Eames Shell chairs remain a sought after design classic nearly 55 years later. The molded plastic chairs are the result of Charles and Ray’s 6 years of experimenting with molded plywood to create a single shell form. Unable to successfully create the single shell with molded plywood at the time, Charles & Ray saw an opportunity to fulfill their vision using fiberglass, then plastic.

The LAR (Low Armchair Rod Based) was one of the original five Shell Chair models Herman Miller introduced in 1950. Its discontinuation in the mid-1960s made what was nicknamed the “Cat’s Cradle Base” an instant collector’s item. Its return as the Eames Shell Chair with Low Wire Base once again converts the one-piece armchair shell into a perfectly pitched lounger.

The Eames Molded Plastic Armchair series is now available in nine new eco-friendly colors and three classic colors. First designed in 1950, this chair continues to be extremely versatile, durable, and a frequently imitated staple of mid-century design. It’s a perfect fit for an office, living room, children’s room, gathered around a dining table, or as a decorative piece to finish off a room.

In the late 1980s, after Ray Eames and Herman Miller had concerns about the long term effects of fiberglass in the environment, they decided to cease production until a more suitable material was found. In 2004 the only Eames Authentic Shell Chairs became available when they were reintroduced in a 100% recyclable polypropylene.

Now, continuing that legacy of sustainability and environmental concern, Herman Miller and the Eames Office are proud to announce that as of 2022 the chairs will be made from 100 percent post-industrial recycled material. This is currently estimated to help save approximately 122 tons of plastic per year — that’s equivalent to keeping 16 million yogurt containers out of the landfill for decades to come!

Each plastic shell has a matte texture that is designed to cradle your body’s curves with impressive durability for extended bouts of sitting. Meanwhile, the unique waterfall seat edge helps reduce pressure on thighs.

Tailor the chair to your space with 12 different color options and three base colors.

Furniture, fabric, and vintage orders are considered custom orders and are non-returnable. 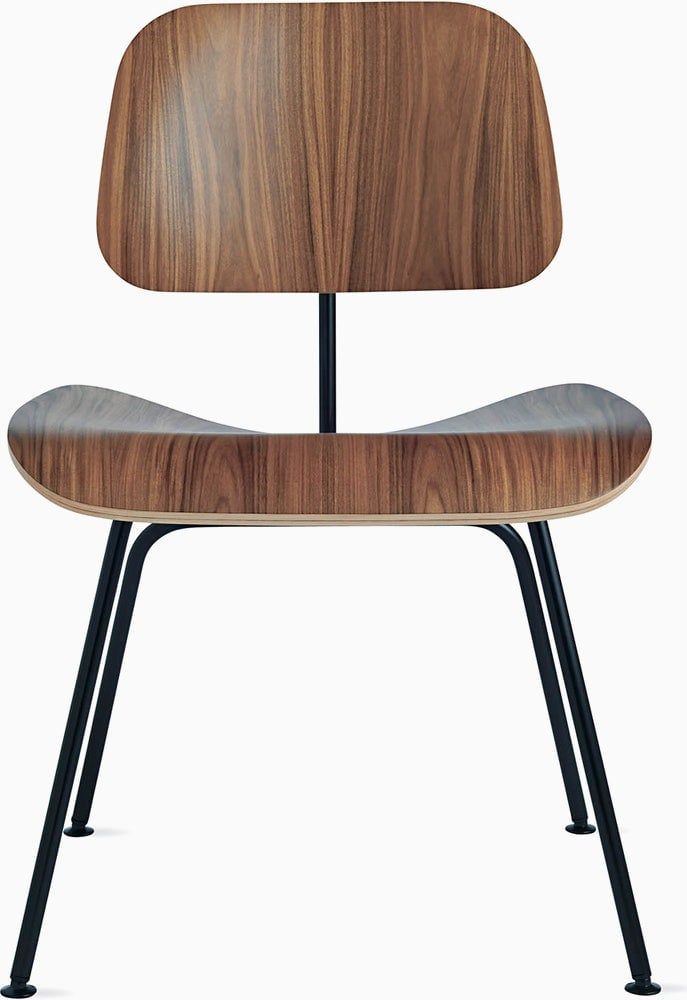 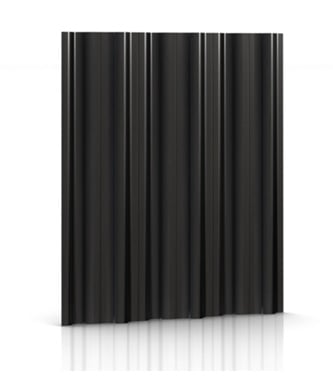