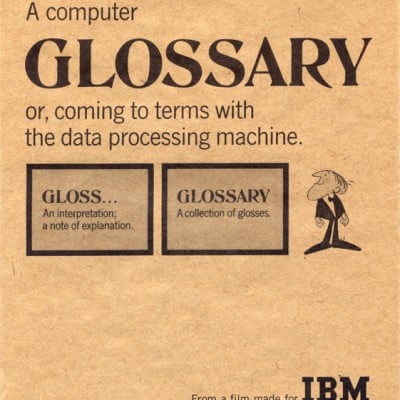 When Rolf Fehlbaum, (then) head of Vitra, the European manufacturer of Eames furniture, was awarded a prestigious German Design prize, legendary designer Tibor Kalman created this remarkable book about him. “Measuring just 5 by 6 inches, this little red book by graphic designer Tibor Kalman-a riff on Chairman Mao’s book of quotations-packs into its lively pages the wit and wisdom of a true Chair Man. He is Rolf Fehlbaum, CEO of Vitra, which produces chairs by some of the world’s greatest designers. The book consists of just a handful of words and 650 amusing photographs. One section is on Fehlbaum’s collection of modern furniture classics. Appropriately enough, ‘Chairman’ is itself designed to be a collectable.” – House Beautiful

‘He’s the greatest client in the world. I think any designer who has ever worked with him will say that.’ Such effusive praise, in this case from New York designer Tibor Kalman, would probably embarrass Rolf Fehlbaum, the modest, soft-spoken CEO of Vitra. But it’s hard not to describe Vitra and the man who runs it with anything less than strong admiration: this is a company that has likely fused commerce and culture more seamlessly than any other in the world. It’s not only that Fehlbaum channeled his passion for collecting design into one of the few great museums devoted exclusively to the subject. And it isn’t just that he’s commissioned a series of edgy architects–Frank Gehry, Nicholas Grimshaw, Tadao Ando, and Zaha Hadid–to build his company’s facilities. And it’s not simply that Vitra has pushed the design of workplace products to a high level of technological and formal innovation. It’s the collavoration with the designers that’s so rare. ‘All my relationships with designers are emotional ones; it’s as if every project has a mother and father,’ says Fehlbaum, offering a touch of Freudian insight.” –Chee Pearlman, I.D. Magazine, Jan/Feb 1998