SKU: PE_EOp026 Made To Order
Ships Within One Week

A photograph of Eames Office staff, taken for an article on Charles in the August 15, 1959 issue of Vogue magazine. Left to right: Don Albinson, Nancy Kane, Charles Fraser, Parke Meek, Richard Swenson, Robert Staples, Charles Eames, Ray Eames, Peter Pearce, Sylvia Kennedy, Dale Bauer, and John Neuhart. Evidence of a variety of Eames Office projects can be seen: the Eames Lounge and Ottoman (1956), a large poster for Griffith Park Railroad (1957), Aluminum Group Lounges and side chair (1958), an early model of screen placement in the theater for Glimpses of the USA (1959), and a set for the film Introduction to Feedback (1960).

Ships Within One Week 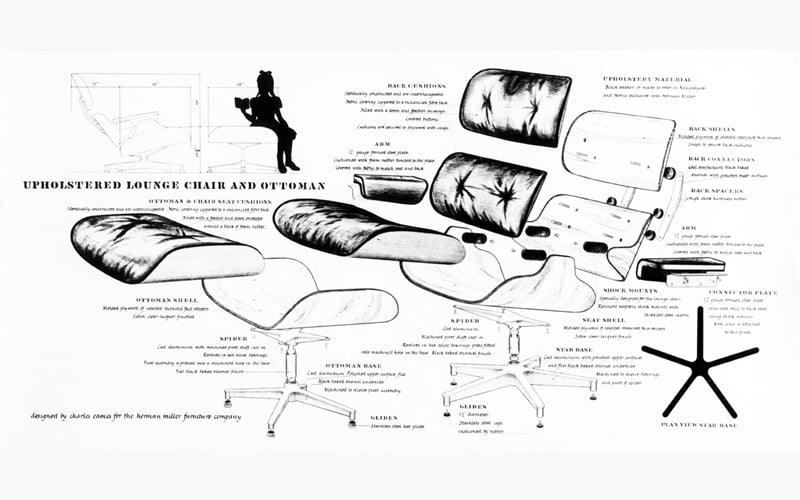