Simple, stylish and timeless design for a variety of spaces

Arguably one of the 20th century’s most beloved designs, the Eames Shell chairs remain a sought after design classic nearly 55 years later. The molded plastic chairs are the result of Charles and Ray’s 6 years of experimenting with molded plywood to create a single shell form.

Charles Eames famously said, “The role of the designer is that of a very good, thoughtful host anticipating the needs of his guests.” The Molded Shell Chairs fulfill a universal response to what one wants in a chair: so that it could fit every body and any context—a chair that would be equally at home in a museum, living room or business.

The Eames Molded Plastic Dowel-Leg sidechair is back in eight archival colors and plenty of options to customize, including upholstery. This chair, first designed in 1950, continues to be extremely versatile and durable. Making it the perfect fit for an office lounge, living room or children’s room.

In the late 1980s, after Ray Eames and Herman Miller had concerns about the long term effects of fiberglass in the environment, they decided to cease production until a more suitable material was found. In 2004 the only Eames Authentic Shell Chairs became available when they were reintroduced in a 100% recyclable polypropylene.  The polypropylene material provides a soft matted texture with impressive durability.

Furniture Is Made To Order And Will Ship In 4-8 Weeks. Shipping Is Through A Freight Forwarder And Planned Delivery Date Will Be Emailed To You 2-5 Days After Your Order Is Placed. 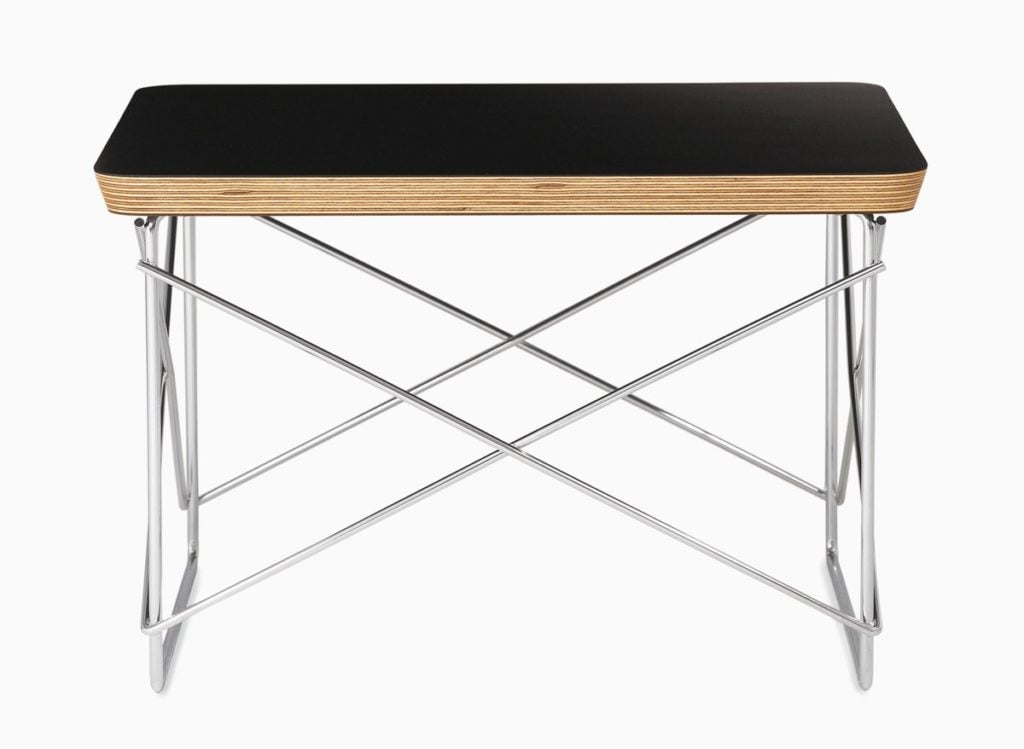