We’re thrilled to share NPR’s coverage of Charles and Ray and the Eames House. Check out the story! 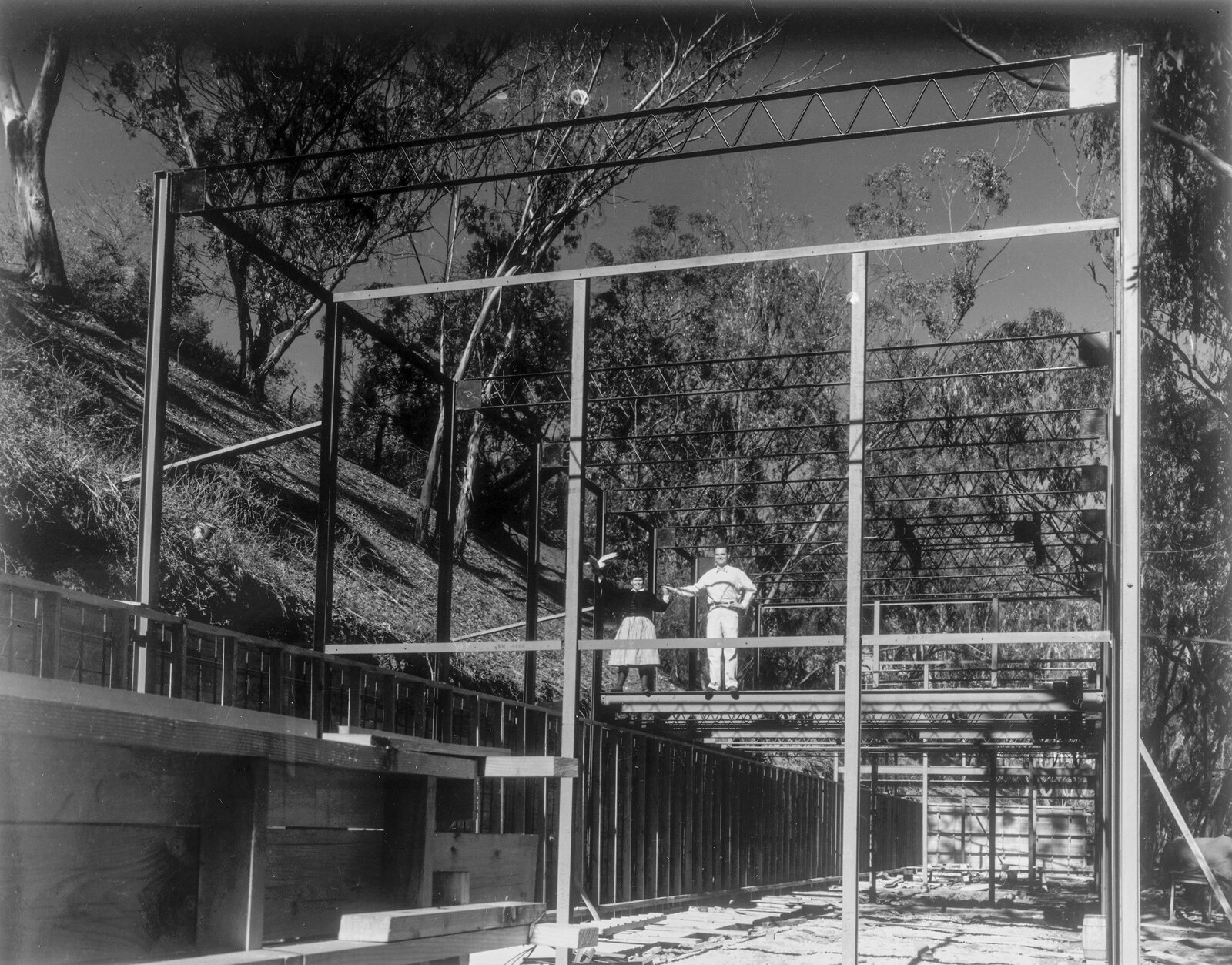 Charles and Ray Eames stand on the steel frame of their home-in-progress in 1949. © Eames Office, LLC

Below is an excerpt from NPR’s story titled, Charles And Ray Eames Made Life Better By Design; Their Home Was No Exception, featured on “All Things Considered” on August 2, 2019. By arts correspondent Mandalit del Barco.

“In 1949, Charles and Ray Eames designed and built their home on a bluff overlooking the ocean in the Pacific Palisades. Features of their house and studio are now ubiquitous, but 70 years ago, they were revolutionary.

“Charles was an architect; his wife Ray, a painter. From their Los Angeles studio, they designed molded plywood office and lounge chairs now considered classics. The couple devised toys and made innovative films about math and computers for clients such as IBM and Boeing.

“Their home has long been a mecca for artists, students and design enthusiasts. Now, their heirs are working to preserve the house for generations to come.

“The house was built with off-the-shelf, prefabricated materials. Steel beams, painted black, frame panels of glass walls and doors. It seems composed like a Mondrian painting: a block of cobalt blue here, a bright red-orange insert there.

“‘Ray and I worked on it, we designed it together, of course …’ Charles Eames explained to TV host Arlene Francis in 1956, on her show Home. “It’s composed of standards factory units.”

“It was known as ‘Case Study House No. 8,’ for a program that challenged architects to design modern, inexpensive residences in post-war Southern California. It’s now a National Historic Landmark, and the Getty Conservation Institute has been helping plan for its future. Having preserved tombs in Egypt and architectural ruins in China and Latin America, the Institute has turned to conserving modern architecture. Susan Macdonald, the GCI’s Head of Buildings and Sites says the project proves the institute can treat modern buildings the same way it can treat buildings from the ancient world.

“So far, for the Eames house, that’s meant repairing the flat roof, replacing the asbestos floor tiles and installing a device to measure air particulates. Meanwhile, the house remains open to reservations-only visitors, who must enter without shoes.”

The above is an excerpt. We encourage you to read or listen to NPR’s full story here.