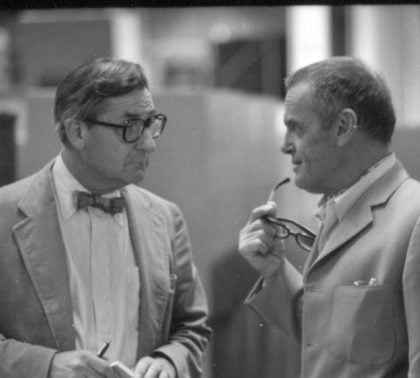 Charles Eames asks “How is it going to look in ten years?”
Read more

Since she arrived at Bravo four years ago, Zalaznick has been polishing the genre of reality TV to a high sheen, taking its contestants off primitive islands and placing them squarely in sophisticated corners of cities like New York and Los Angeles. Instead of eating insects, navigating obstacle courses or flaunting their physical charms to woo lonely rich guys, the contestants on Bravo compete, with just as much zeal, to show their good taste and talent in high-status fields like food, fashion and design.

A New York Times profile of top television executive Lauren Zalaznick caught our attention because of the photograph (by Finlay Mackay for The New York Times) of her at her desk, where she sits in an Eames Soft Pad chair.

It gives us a lot of confidence in her creative judgment.

You can read the entire article here, on The New York Times website.