Charles and Ray frequently invoked Leonardo da Vinci’s example to make arguments about art and design. After the $450,000,000 sale of Da Vinci’s Salvator Mundi painting, it is interesting to reflect on what the Eameses said about Leonardo.

In an essay Charles wrote for the January 1960 issue of Print magazine, Charles used this page from one of Leonardo da Vinci’s notebooks to illustrate his advice for graphic designers. Charles saw Leonardo as someone who worked the way he and Ray worked: with enthusiasm and, perhaps, by making multiple models of a solution to a problem. 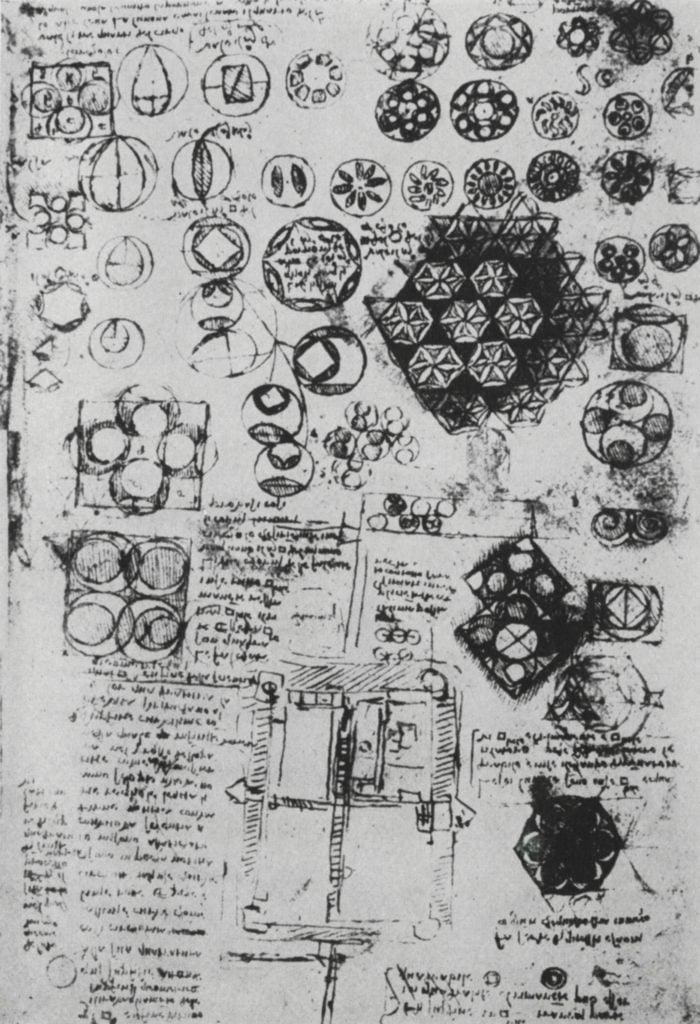 Charles explained: The accompanying illustration is from the notebook of a designer who is not apt to be considered weak in character—yet certainly here no evil of personality hangs between the information and the viewer. Da Vinci was completely involved in any subject he attacked. In such a climate of involvement and concern, any drive toward self-conscious originally would quickly disappear. Enthusiasm for the subject is contagious, and information fairly leaps from the page.

To Charles, what made Leonardo Da Vinci so inspirational was his approach to any subject to which he applied himself—an example that others can follow.