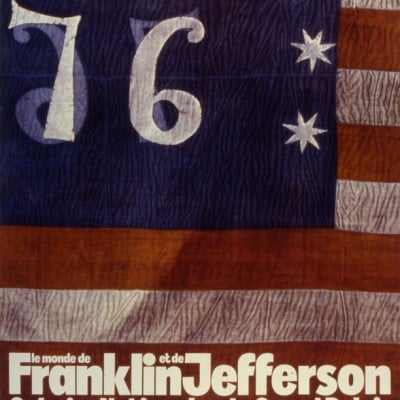 Charles Eames on the responsibility to vote Posted November 4, 2016 by Daniel Ostroff

In 1943, Charles Eames outlined his thoughts on the importance of voting as part of his contribution to an architectural program entitled 194X. Charles Eames outlined his thoughts on the importance of voting as part of his contribution to an architectural program entitled 194X.

The following background information is from the Museum of Modern Art and the book, 194X: Architecture, Planning and Consumer Culture on the American Home Front by Andrew Michael Shanken:

“In 1943, Architectural Forum and Fortune magazines teamed up to commission and publish a series of predictions for postwar America. Architectural Forum asked twenty-three prominent architects, including Charles Eames, Louis Kahn, and Ludwig Mies van der Rohe, to design components for the future of an ideal midsize American city, a ‘hypothetical town of 70,000’ modeled on the urban fabric and local economy of Syracuse, New York. ‘Individual buildings,’ the brief explained, ‘must take into account the increasingly important factors of community development. A single building, designed to meet a progressive and farsighted program, can become a potent force towards better overall planning.’ Though imagined by different designers, each element—post office, library, bank, office building, city hall, hotel, restaurant, or museum—was intended to relate strategically with the others, part of a larger city plan that prioritizes infrastructural upgrades, park areas, and centralized pedestrian walkways, among other elements, for long-term urban improvement. The designs—published in the May 1943 issue of Architectural Forum as ‘New Buildings for 194X’—helped redefine urban community life and the relationship between architecture and urban planning, optimistically projecting a postwar period of growth and prosperity that would begin as soon as hostilities ended.”

Charles contributed to the project by creating a plan for City Hall. In his writings on the subject, he expressed his hope that the structures would facilitate participatory democracy and suggested that, if the architects did their job right, more people would vote. The all-caps and bolded portions of the quotation below reflect Charles’s emphasis as it appeared in the original Architectural Forum publication:

Among the several important reasons:

A lack of the facilities by which the people can educate themselves to understand the techniques of government.

A city government should-must-be housed as the center of a mutually cooperative enterprise in which:

The administration of government is the business of the people.

The obligations of the people in a democracy consist not only of an exercise of franchise, but participation in, and active direction of the rules or laws by which government exists.

The city hall must properly be considered the heart of any community, the house of government. A building in which provision is made not only for the administration of rules and regulations, but a building which must contain facilities for the expression of the idea of government, which is never static and which can never be complete without the direct participation of the people who create it. Charles provided this caption for the aerial view on the left: “The design of the city hall is conceived as an integral part of the city plan. Located at the end of the new mall, it fits admirably into this natural position. The inter-penetration of public spaces, parks and the purely administrative functions of government, symbolizes a truly democratic type of community, of which this group of buildings becomes the center.”

Arts and Architecture magazine reprinted Charles’s article and the drawings one year later.

This and more great Eames texts and illustrations can be found in An Eames Anthology.